Mortgage rates held almost perfectly steady today. Any lenders that offered noticeably different rates were generally in slightly lower territory, but this was barely enough to equate to 0.01 percent of movement on average. Trading activity in MBS (“mortgage backed securities” that most directly influence rates) was exceptionally stable for a second day in a row. The stability suggested that markets were moving into position yesterday and holding that ground today in anticipation of tomorrow’s important Bernanke Testimony. Conventional 30yr fixed best-execution remained between 4.5 and 4.625% percent. Click here to read more 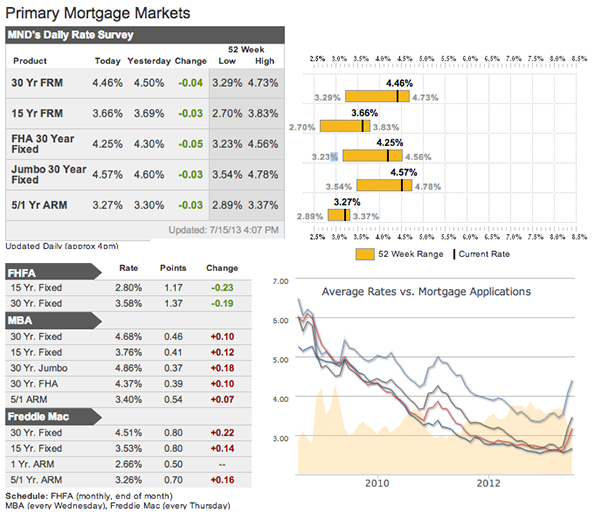