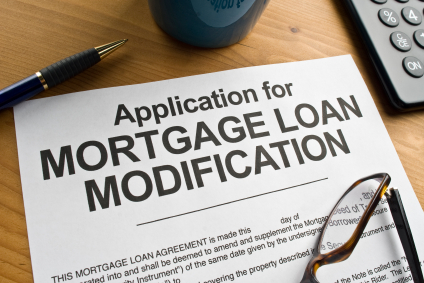 During the recession, my client’s business went down downhill, along with the economy. She got a full time job and a loan modification to save her house. She was back on track financially.

The documents required her ex-husband’s signature. She asked her homeowner support specialist at the time, if he needs to sign and if the paperwork needed to be notarized. The specialist said if she was awarded the house in the divorce decree his signature was not required and there was not notary lines in the documents. The paperwork was rejected CitiMortgage because her ex didn’t sign it. Of course her ex wasn’t going to sign it. CitiMortgage told her she would need to get a quit claim deed.

My client hired an attorney to force her ex to sign a quit claim deed. This cost her a few thousand dollars because her ex decided to be difficult. It took her almost 3 months to get him to sign the quit claim deed. My client emailed and faxed in the recorded quit claim deed to her Support Specialist.

CitiMortgage only sent her 3 coupons to make 3 trail payments. During the time she was getting the Quit Claim Deed, her Support  Specialist told her to just mail in another payment, but be sure to include the account number on it. She did as she was told, only to have CitiMortgage send back her check. They then told her to call in to make a payment (of course with an added $20 convenience charge). She tried to call in to make a payment, but no one would accept it. The support specialist said not to worry about it, that she MAY need to just send in the check when the modification was complete.

Then she got a new Homeowner Support Specialist before the documents were “booked” (I guess this is a CitiMortgage term stating that the loan modification is finalized).

Happy ending? Not quite….

About 3 weeks after signing the new documents, she received an email about getting court approval. She had no idea what CitiMortgage was talking about. Turns out her ex-husband filed for bankruptcy, which stopped the loan modification.

About 6 months passed by waiting, she went through about 2-3 new Support Specialist while she waited. Each new specialist wanted her to get court approval for the modification. She continued to tell them that she did not file for bankruptcy. Over and over….

She finally got notice from CitiMortgage that the bankruptcy was discharged. In June 2013, CitiMortgage sent her new loan modification documents to sign. It said that the first payment would begin January, 2013 (it was already June 2013). She didn’t notice this when she signed the documents. After sending the documents, CitiMortgage advised her that she owes them about $10,000. She didn’t have that much at the time so her Support Specialist advised her that she would have to re-apply for the loan modification.

At the beginning of this year, CitiMortgage denied her most recent modification. The Support Specialist said it was because she didn’t make the payments on the last modification…the one that was never “booked”. Although, the official denial letter form CitiMortgage said it was because she has had too many loan modifications. She only had 1 official loan modification during the recession, while the one that was approved was never official because of the hardships that were out of her control – getting a quit claim deed, too many Homeowner Support Specialist (causing poor communication and their lack of knowledge regarding her file), CitiMortgage delayed in booking, returning her checks and not accepting payments on the phone and her ex filing for bankruptcy.

How will this one ends? Hard to say…

In the State of Washington, the homeowner has the right to a face to face meeting with the mortgage company before foreclosure. Will she exercise that right?

She can also file for chapter 13 bankruptcy to restructure her debt, giving her 5 years to pay back the a arrears, but it’s hard to say how much she will have to pay each month now that it’s been 3 years. How will that affect everything else she has? I would say that trying to deal with CitiMortgage should be considered a hardship in itself.

Maybe it’s easier to foreclose now that she has equity in her home?