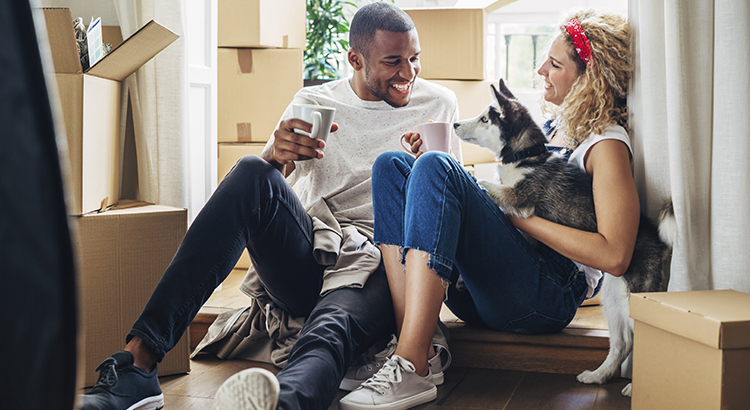 Regardless of the lack of inventory on the market, the U.S. homeownership rate has climbed to a 6-year high. The United States Census Bureau reported that it increased to 65.1% in the fourth quarter of 2019, representing the highest level in the past six years. See the graph below: 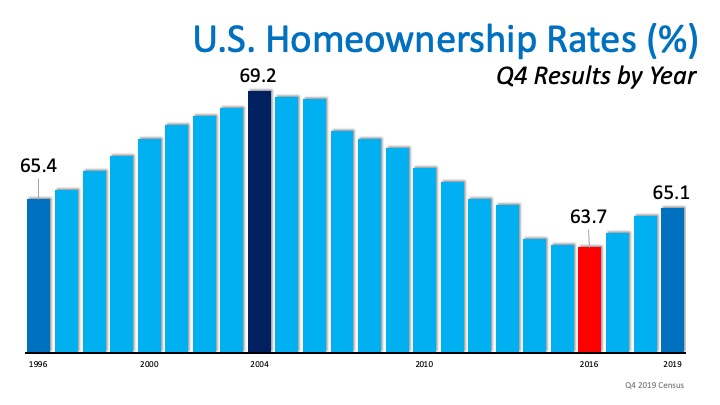 This increase does not come as a surprise. According to realtor.com,

“The largest cohort of the millennial generation turns 30-years-old in 2020 and they are hitting the housing market in full force. At the end of the fourth quarter of 2019, millennials made up the largest generational segment of homebuyers, growing their share of home purchase mortgages to 48 percent.”

With so many Millennials entering a homebuying phase of life and getting into the market, the Millennial Report also explains,

“Homeownership is an even bigger goal for younger generations. Of those with savings, 41 percent of Gen Z and 40 percent of younger millennials are saving to buy a home.”

Today’s low interest rates are providing a break to new homeowners too, regardless of generation, making homeownership more desirable and achievable at the same time. Freddie Mac explains,

“The combination of very low mortgage rates, a strong economy and more positive financial market sentiment all point to home purchase demand continuing to rise over the next few months.”

The increase in homeownership rate was also represented by race and ethnicity of the householders. HousingWire explains, 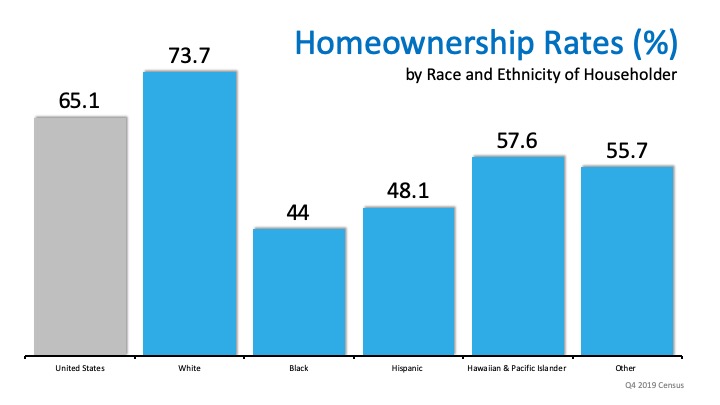 If you’re considering buying a home this year, let’s get together to set a plan that will help you get one step closer to achieving your dream.