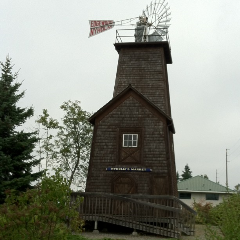 Edgewood was officially incorporated on February 28, 1996. It is located in northern Pierce County, bordering King County. The City of Edgewood is approximately 8.9 square miles and home for approximately 9,640 people. The first formal, local government on the Hill was the Edgewood School District. Children were educated by the District in elementary school through junior high school, and then had a choice of attending one of three high schools in three other School Districts – Fife, Puyallup or Sumner. In the early 1960’s, the State Superintendent of Public Instruction’s Office implemented a policy – the County School District Reorganization Plan – that would phase out the non-high school Districts. The citizens in the Edgewood School District conducted a lengthy, spirited debate on which of the three other Districts to join; the vote resulted in the community splitting between the three Districts. Today, there are currently three elementary schools and one junior high school in the community, all administered by the Puyallup School District; the Fife and Sumner School Districts have facilities that are located outside the community. Cityhood continues into the 21st century with the hope and aspiration to be a community where the quality of life is maintained for all residents.